A one-year-old wolf pauses curiously while rummaging through the woods two miles from park headquarters in 2015. That year, because of a decline in the wolf population only 5 percent of Denali visitors reported seeing a wolf — down from 45 percent in 2010. From 2000 until 2010, the State of Alaska prohibited wolf hunting and trapping in two areas bordering the park as a buffer zone in order to protect two of the park’s three most-commonly viewed wolf packs. At the spring 2010 meeting of the Alaska Board of Game, the board decided to eliminate both closed areas and allow hunting and trapping of wolves in all areas bordering the park.
-2015 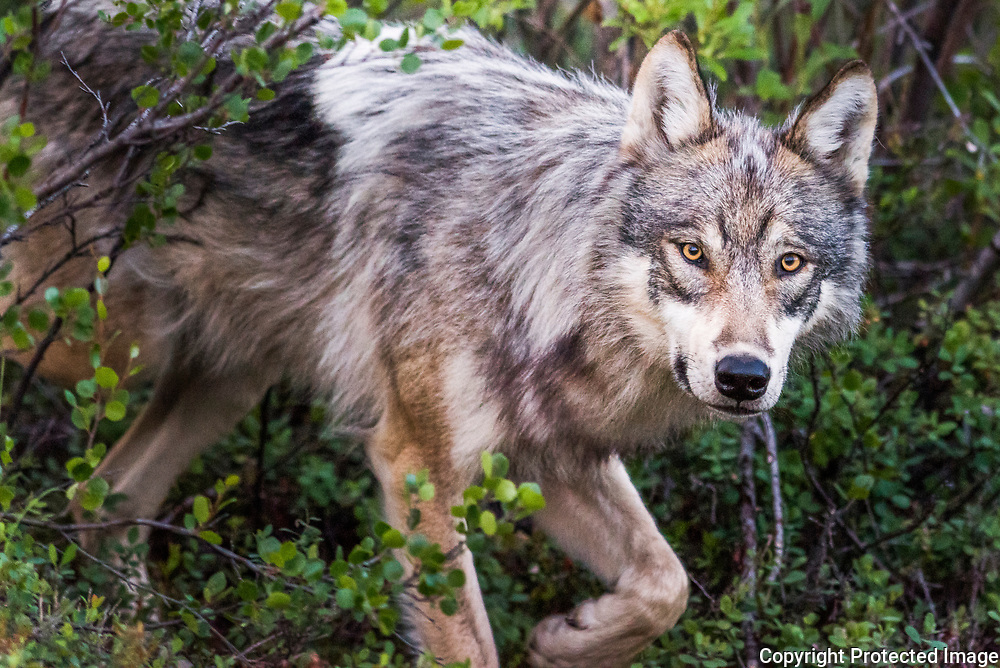