Jessie Miller and her children, Jamie, 5, left, and Betsy, 8, of Bay City, Mich. react to the thunderous 747 jumbo jet as it passes within 60 feet above land. As the plane flew over, the sand kicked up and blasted the Miller’s bare skin. “Ahhhhhhhhhh!” the three screamed, as they ran away from the sand and noise. “It was exhilarating,” Miller said.

The Princess Juliana International Airport in St. Maarten is famous for its short runway. At only 7,980 ft, it is barely long enough for large jets to land. Incoming airplanes approaching the island, must touchdown at the very beginning of the runway. This means they have to fly extremely low, passing only 30-60 feet over tourists on Maho beach.

In early 2000, pictures of low flying aircraft were published in several news magazines. The photos looked so unreal that some were disputed as fakes. Plane spotters come from all over the world to witness the thrilling approaches and take-offs.

The Paris based French carrier Corsair is the only airline to operate a 747 at the airport. It does so twice a week during peak season.

Despite the difficulties in approach, there have been no major incidents at the airport. 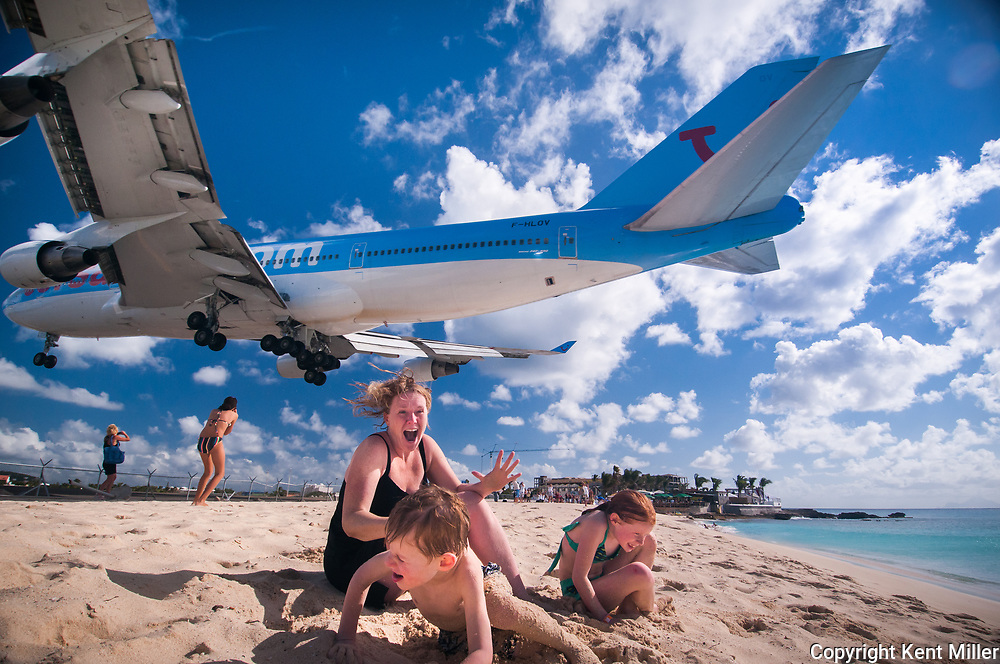